The change of use application for the surgery space at Wolvercote Mill was approved by the Planning Committee of Oxford City Council on Tuesday 9 March. In spite of all our efforts we failed to secure the relocation of the current satellite surgery.
I am afraid that the decision was inevitable because the legal advice the Committee received, and the advice of Planning Officers, was that the developers had fulfilled the terms of the 106 condition, which did not explicitly state that a fitted-out surgery should be provided free.
The Clinical Commissioning Group standard, even for a relocated surgery, meant that a fit-out could have cost up to £1m. The CCG has no capital and, even if it had, its policy is not to fund surgeries unless there are more new residents than there will be at Wolvercote Mill together with Oxford  North in the future.
If CALA Homes had fitted out the surgery (and they were not required to do so), the rent needed would have been unaffordable. There was no possibility that funding could be found from elsewhere. We considered using some Infrastructure Levy money, but we could not have made enough of a difference.
We tried very hard to solve the problems. I had several email exchanges and a meeting with the CCG , and Layla Moran wrote to them twice. Mary Brown and I had a meeting with the Land Director of Cala Homes.
Lower Wolvercote’s current surgery is very small and on a restricted site. It is a highly valued local amenity. We must do whatever we can to maintain and, if possible,  improve it.
I do not think that it is either possible or sensible to attribute blame to any of the parties involved in this. Unaffordable costs, lack of money, a long-standing 106, and CCG rules combined to make it impossible.

Click on the gallery thumbnail to see the pictures in that gallery.

The history of Wolvercote and Cutteslowe

These are some of the features which are relevant to the Area.

Villages
Wolvercote Village – upper and lower
Cutteslowe north of the Ring Road (A40)
The Cutteslowe Community Association is not in the area but hosts activities for people who live in the area. 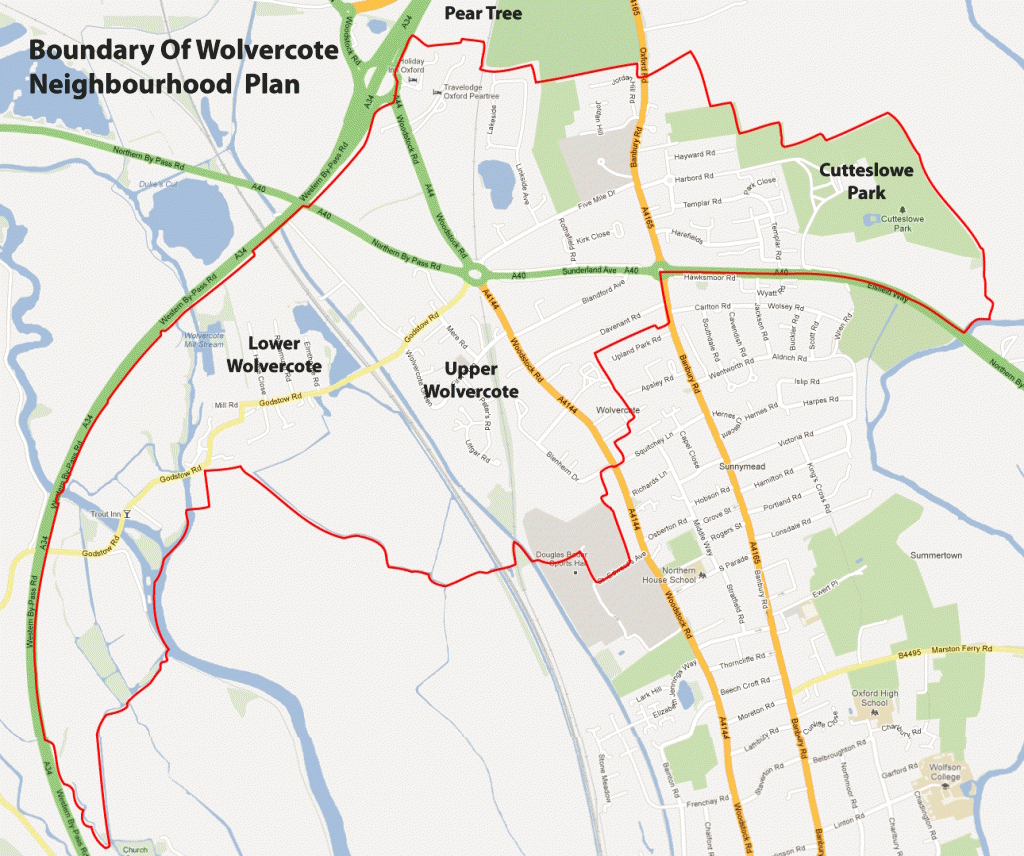 The Area covered by the Wolvercote Neighbourhood Forum was defined as being the same as the Wolvercote Ward in 2014; the Ward boundaries have changed slightly since then, but the WNF Area has remained as it was.