Applications for twelve projects were received in first round of funding for projects in the WNF area, funded by the Neighbourhood Portion of the Community Infrastructure Levy (“CIL”: funding derived from a levy on large local developments such as the Mill Site and Oxford North).. Comments from the community were encouraged to help the steering committee make decisions on funding.

The WNF Steering Committee met on 22 October 2021, and made the following recommendations for Community Projects to be allocated CIL funding. These recommendations will now be taken to the City Council by the local City Councillors. For more details, see the minutes of the meeting.

All the applications bundled together as one pdf file: view

Information is given below about the application process (now closed for this round).

(Depending on your browser type and configuration, and on which file type you select, these documents might open in the existing or a new browser window or might be copied to your “downloads” folder.)

The timetable for Round 1 applications was as below:

The Steering Committee will not consider applications for sums greater than £10k in the first year of the operation of this CIL policy unless there are exceptional circumstances – this limit will be reviewed in the first quarter of 2022. Two quotes are normally to be provided for projects over £1k, together with reasons for the preferred quote.

When considering whether a project might be suitable for this funding, applicants might take note of a list of “Community Aspirations”, which evolved from Community Policies and additional comments made by residents attending meetings and exhibitions organised by WNF.  This list is by no means exhaustive and we welcome ideas and suggestions.
The list (pdf) is here: http://www.wolvercotenf.org.uk/wp-content/uploads/2021/05/210501-WNF-Updated-list-of-Projects-May-2021.pdf

The change of use application for the surgery space at Wolvercote Mill was approved by the Planning Committee of Oxford City Council on Tuesday 9 March. In spite of all our efforts we failed to secure the relocation of the current satellite surgery.
I am afraid that the decision was inevitable because the legal advice the Committee received, and the advice of Planning Officers, was that the developers had fulfilled the terms of the 106 condition, which did not explicitly state that a fitted-out surgery should be provided free.
The Clinical Commissioning Group standard, even for a relocated surgery, meant that a fit-out could have cost up to £1m. The CCG has no capital and, even if it had, its policy is not to fund surgeries unless there are more new residents than there will be at Wolvercote Mill together with Oxford  North in the future.
If CALA Homes had fitted out the surgery (and they were not required to do so), the rent needed would have been unaffordable. There was no possibility that funding could be found from elsewhere. We considered using some Infrastructure Levy money, but we could not have made enough of a difference.
We tried very hard to solve the problems. I had several email exchanges and a meeting with the CCG , and Layla Moran wrote to them twice. Mary Brown and I had a meeting with the Land Director of Cala Homes.
Lower Wolvercote’s current surgery is very small and on a restricted site. It is a highly valued local amenity. We must do whatever we can to maintain and, if possible,  improve it.
I do not think that it is either possible or sensible to attribute blame to any of the parties involved in this. Unaffordable costs, lack of money, a long-standing 106, and CCG rules combined to make it impossible.

On 28 December 2018 the Wolvercote Neighbourhood Forum Steering Committee submitted their Response to the Oxford Local Plan 2036.

On 8 September 2017 the Wolvercote Neighbourhood Forum Steering Committee had submitted their Feedback to the Oxford Local Plan 2036.

The Forum was a sponsor of an information display board at Godstow Abbey on Port Meadow. This was a joint enterprise together with the School of Geography and the Environment of Oxford University and the Ashmolean Museum following a competition and support from the Higher Education Funding Council.

In May 2016 the display board was unveiled by the Vice Lord Lieutenant of Oxfordshire in the presence of the Mayor of Oxford, members of Oxford University, the Wolvercote Neighbourhood Forum and the public. The event included tours on the history and conservation of the abbey ruins. Oxford Waits provided musical accompaniment.

See photos of the event in our Gallery.

In the summer of 2015 the Forum sent out a questionnaire to all the residents of the Forum Area inserted into the local parish newsletter The Flying Goose.

A summary of the results for the entire Area is available (PDF, 638kB).

Having established the key issues through public meetings, the Forum has formulated objectives from which it has created planning policies (the Draft Plan) to work alongside Oxford City Council‘s strategic policies (for example, the Oxford Core Strategy, the Northern Gateway Area Action Plan and the Sites and Housing Development Plan Document). All these policies will enable the City Council to make judgments in the determination of planning applications.

Also the Forum is involved in ongoing discussions with the planning authorities about the proposed local Development Sites. It is especially addressing the issues of transport, flooding and pollution.

The Forum’s Fifth Annual General Meeting was held at 7:30pm on Wednesday, 10th October 2018, in the Wolvercote Village Hall.
Many thanks to those who generously donated a total of £96 at the AGM.
WNF AGM Agenda
WNF AGM Treasurer’s Report
WNF AGM 2018 Minutes – DRAFT

A public meeting was held in Wolvercote Village Hall, 16th Oct 2013, to update residents on our work and to prioritise our key issues and objectives to be published as a Neighbourhood Plan.
Outcome of the meeting

The pictures below are from a public meeting about Elsfield Way held on 16th April 2013. 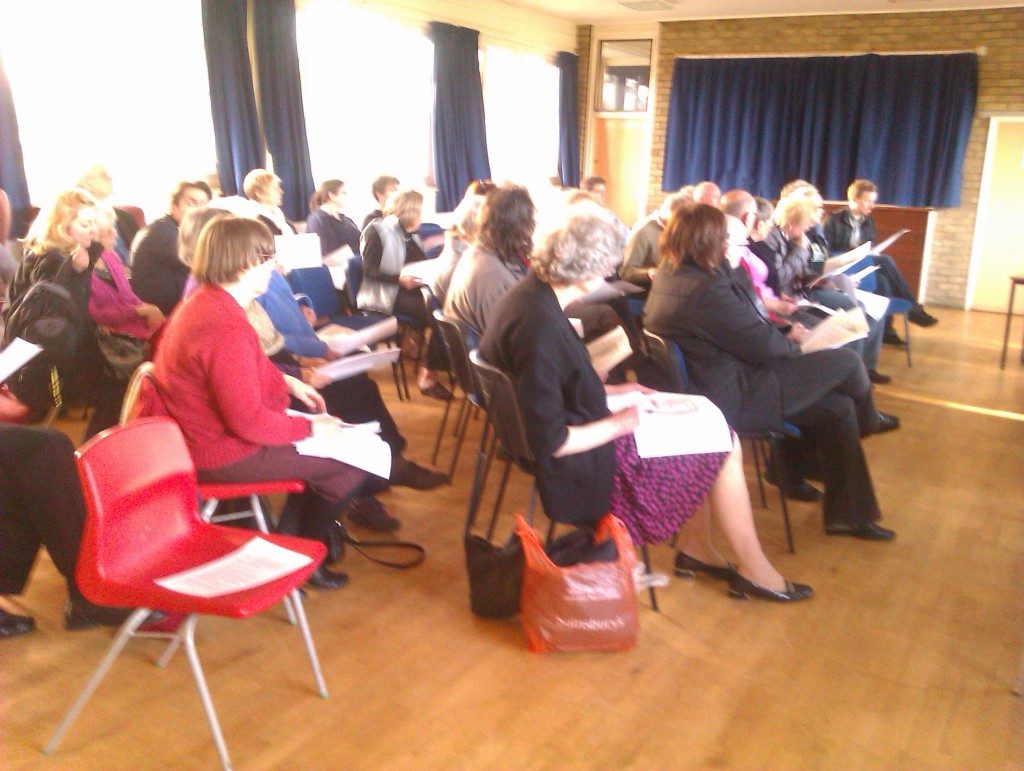 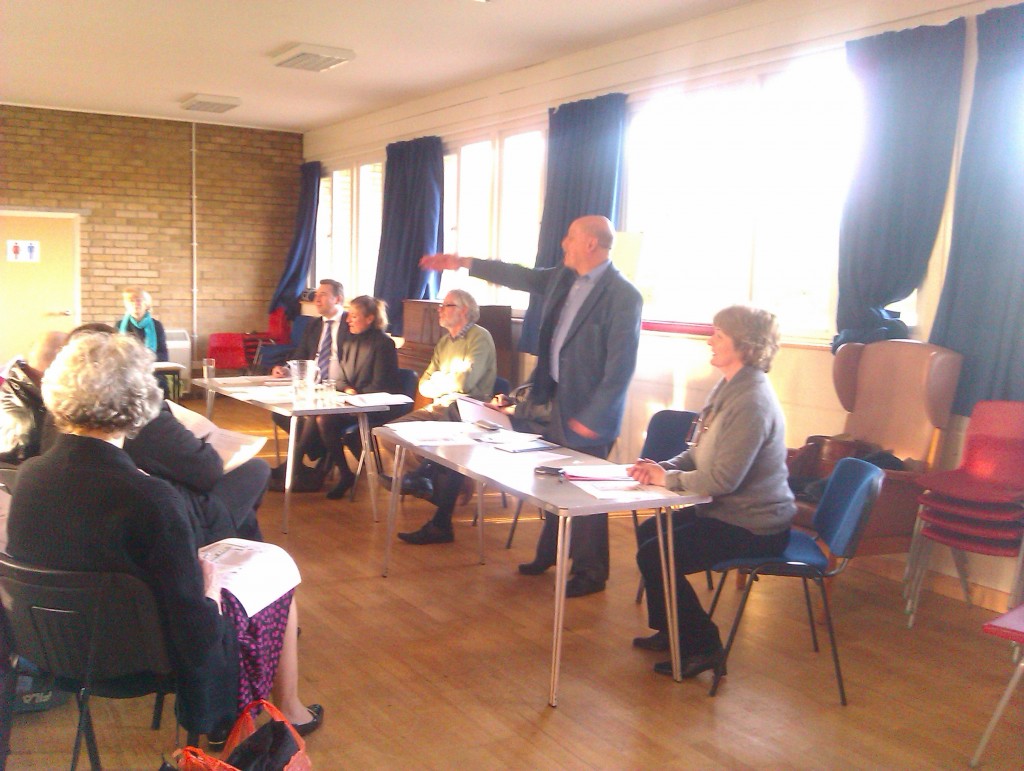 The minutes of the meetings of the Forum Steering Committee: